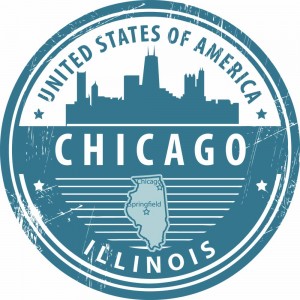 If you’re not truly Irish, you can at least pretend to be on that one day a year. In the U.S., St. Patrick’s Day is one of the biggest parties of the year in many places small and large. It is celebrated in cities throughout the country, but the one party you must not miss is St. Patrick’s Day in Chicago. Bill Bailey Travel invites you to get on your green, so you don’t get pinched and find out just where you need to be in the Windy City.

Chicago is known to throw a good party, and need very little reason to do. However i n this case, there are an abundance of people that live in the Chicago area that can claim actual Irish heritage, and they especially love to lay claim to it during the city’s St. Patrick’s Day celebrations. You will find many parties and festivities to partake in throughout the city.

There is one thing Chicago does that nobody else does in the world to show their pride In Irish heritage. They dye the river green. Yes, if you’ve been to Chicago you know that the Chicago River is typically not the blue you may expect, but during this time of the year, the river truly is a river of another color, green that is, emerald green. This tradition has been going on now for over 40 years and you will have to see it to believe it.

Although there are plenty of parties that take place on the actual day, most of the festivities and parades take place the Saturday before actual March 17th. This is so more people have the opportunity to actually take part in it. If St. Pat’s falls on a Tuesday, it’s really hard to call off of work with some lame excuse that no one is going to believe anyway. The largest of the parades is the Chicago St. Patrick’s Day Parade. It starts at 10am the Saturday before don’t forget. The best view is from the bridge on Columbus Drive. You get a view of both the river and the parade. Get their early to get the best spot for optimum viewing.

We all love to take part in a celebration. Chicagoans take pride in many of their lineage and history, and throw a true St. Patrick’s Day affair that you will be hard-pressed to find outside of the actual Emerald Isle. Get into the spirit, get on your Irish gear, and head to one of the best celebrations that Chicago has to offer.