Art and Nature Alive in Padua 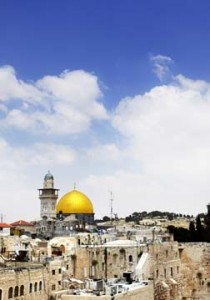 Padua is home to the renowned University of Padua. Founded in 1212 it is one of the first universities in the world, and famous, among other things, for having had Galileo among its lecturers. The university also has the oldest botanical garden in the world. The botanical garden Orto Botanico di Padova still contains an important collection of rare plants.

Padua has always prided itself on providing well-known artists with a warm welcome, and visitors can now enjoy the fruits of this long collaboration. On the way from the railroad station to the center of the city, you will come across a small park; this is the former site of the Scrovegni palazzo.  Although the palazzo no longer remains, the small church belonging to the palace has survived.  This is the Capella degli Scrovegni where Giotto began painting his most famous frescoes in 1303.

As with most other works of art during the late medieval period, Giotto’s themes and settings are exclusively religious.  As a tribute to the Scrovegni family, in the Last Judgment fresco, Enrico Scrovegni himself is depicted presenting a model of the chapel to Mary. The use of color is striking in the Chapel and in every other fresco Giotto painted. Choosing to forego the traditional gold and grays of religious imagery, he elected instead for a brighter, more realistic palette featuring blue skies, colorful clothing and vibrant landscapes, expressing emotion with reddened cheeks, dark skies, and brown foliage.  In customary religious paintings, emotions like joy, sorrow and anger were passive at best; Giotto maximized use of facial expressions, gestures and postures to communicate what the subjects were feeling.

The work was completed around 1305 and proved an immense success. Pope Benedict XI had chosen to grant absolutions to those who visited, and thousands flocked to the site. Evidence suggests they were awestruck by what they observed: the frescoes were unlike anything most of them had ever seen in a religious setting. Giotto’s reputation as an artistic genius was solidified with the completion of the Chapel.

Explore and experience the world around you when you explore travel with reviews and more from Bill Bailey travel consultant.