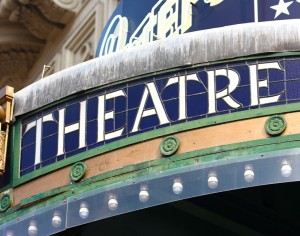 America has long had a love affair with movies, from the silent films where it all began, to the talkie, to the multimillion dollar budgets of today. With that being said, most of the original movie theaters of the past have long since been replaced by mega complexes with numerous screens and concession stands in every nook and cranny. Luckily some of the beautiful movie houses of the past have been lovingly restored and maintained around the country.

If you enjoy embracing the past and enjoying the history and culture of America’s long movie history, William Bailey Travel invites you to explore some of the country’s best remaining theaters of the past.

Doylestown, PA: The Old Country Theater in Doylestown, Pennsylvania was built in 1938. The theater is now preserved by a local non-profit.

Eureaka , CA: The Eureka Theater in Eureka, California was originally built in 1939, and was added to the National Registry of Historic Places in January of 2010.

Houston TX: The River Oaks Theater in Houston, Texas was one of the first multi-screen theaters and was built in a shopping mall in 1939.

Chicago, IL: The Blaine (Mercury) Theater in Chicago first started showing movies in 1912. That is over 100 years ago.

Long Island, NYC: The Sag Harbor Cinema in Long Island, New York opened in the latter part of the 19th century and hosted live theater before the invention of film.

Atlanta, GA: The Plaza theater in Atlanta opened in 1939 and had a rough patch as it was an X-rated and burlesque theater in the 1970’s before being brought back to life to its former glory by the current owner.

Many communities across the country are devotedly reestablishing old movie theaters. It is past time that we embraced our history, and don’t always have to build it bigger, better, and without the added character of the history. These are movies, you are supposed to get lost and step away from reality, and what better place to do that then in a location that has layers upon layers of history. You can watch the newest blockbuster or a classic and know that some of the greatest movies of all time once were screened in the exact same place.