In 2007 three college students ventured out to achieve the unthinkable…

They wanted to create a restaurant that offered something other than the traditional fast food choices. They wanted a place that would not only be a destiny for healthy eating, but also a place where people could connect with others in their community. They sought to bring together local farmers and members of the community in order to build bridges and create a sense of togetherness. Their intent was simple: to connect with people through food.

Though the trio bumped up against a lot of push back in their early years, they continued to reach out to the locals and people began responding to the restaurant. Over the years they have opened multiple locations across the country including spots in California, Washington D.C., Massachusetts, Maryland, Virginia, New York and Pennsylvania. 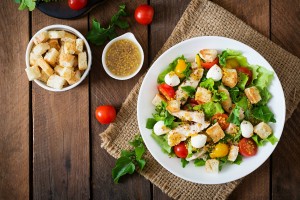 As the restaurant began to grow in popularity, the trio found that they became more enmeshed in the communities that they served. They grew from being a local green eatery to producing block parties and sponsoring community get-togethers. Those gatherings expanded and became an annual Sweetlife Festival, where 20,000+ likeminded people gathered to celebrate and explore whole heath and living well.

The founders continue to build partnership in communities in which they open new locations in order to bring an awareness of healthy eating. Since the food is sourced by local and regional farmers, the menu varies based on location. As an example, the winter menu in New York currently features Bento Bowls, Warm Lentil Bowls, Apples with Butternut Squash and Organic Lentil Chickpea Soup. The California menu features Grapefruit and Avocado Bowls, Portobello Mushrooms with Wild Rice and Matcha Fresca, an amazing all-natural, antioxidant green tea drink with a hint of lemon to boost your metabolism.

The menu is worth exploration if you happen to be traveling through the regions where they have locations. The food and atmosphere of the restaurants are both designed to feed your soul, fill your spirit, and connect you to the people and community around you. To explore the menu online go to sweetgreen.com.